Why You Should Hire Tree Pruning Experts

Tree pruning can be a messy job with risks and complications that can arise, but as many that operate their own tree pruning service would agree, it’s absolutely necessary. Tree pruning is typically done for very practical reasons but there are times when it can be performed for aesthetic reasons as well.

Many people don’t even think about tree pruning until they absolutely need it, in which case the general question becomes ‘Is there a tree pruning service near me?’. Thanks to Google, there are plenty of businesses on hand that are usually within a reasonable distance and can fix whatever problem a homeowner is having.

Many businesses that offer tree pruning services don’t simply specialize in pruning but will also be able to remove entire trees and give the homeowner a spot of advice on how best to maintain their grounds moving forward.

Here are a few reasons why it’s advisable to listen to tree pruning experts, no matter what tree service you need.

1. Tree pruning can help to maintain your home and yard at the same time.

Anyone that has lived around big trees can tell you that branches have a tendency to break off and tumble to the ground during the fall and winter seasons, and sometimes in the spring when the heavy rains come.

A tree pruning service can help with this by responding to emergencies and on a seasonal basis to clip and remove any branches that might pose a threat to a home. Tree pruning experts can also point out which limbs need to come down to help promote the health of your trees overall.

The damage caused by smaller branches coming loose is minimal, and most times they tend to clog gutters and litter lawns at the worst. But bigger branches can snap off and crash through roofs, windows, damage vehicles, and tear up one’s yard during storm season, causing a lot of damage.

By being proactive and hiring tree pruning experts to come and survey your home to determine which trees might pose the biggest threat, you can avoid such damages or potential threats with effective tree pruning that will keep your home and property secure.

2. A tree pruning company will employ individuals that are aware of how pruning can affect the growth of a tree.

It’s very true that several tree pruning services will employ laborers that are used primarily for the physical aspect of the job, but many of them will have a working knowledge of how tree pruning works and will have been trained to follow industry standards.

Unlike several labor-intensive jobs, tree pruning is slightly more delicate considering that it has more to do with promoting the health of the tree as well as protecting the assets of the homeowner.

While it may be assumed that tree pruning is something of an easy job, certified arborists still need to know what they’re doing in order to avoid damaging property and the local fauna, which takes education and hands-on knowledge to determine properly.

3. Tree pruning is seasonal and is not a recurring cost that homeowners will incur.

Typically you won’t need to utilize a tree pruning service until fall or winter, as these are the times when the tree won’t be nearly as susceptible to damage from over-pruning and can be cut back as needed.

The only other times that you might want to hit up Google for a search such as ‘tree pruning near me’ is when there’s an emergency or you happen to need a bit of pruning for your home that is best done by someone that knows what they’re doing.

In the colder months, most trees will be dormant and won’t suffer that much if their branches are clipped a bit recklessly, as insects and harmful fungi won’t be likely to do that much damage, and the tree won’t lose as much sap. As such, tree pruning is not a cost you will need to incur several times a year, and instead is something you can budget for annually instead.

4. Those who work for tree pruning companies know how to promote growth without ‘butchering’ your trees.

It’s likely that at least once in your life you might have had to cut back the branches of a tree or a bush yourself, and you’ve seen the shortened lifespan that was the result. While some people would admit that pruning can be very cathartic, it can also ruin a bush or a tree very quickly.

Certified arborists can come in and offer a tree pruning service that will leave your tree looking healthy and much cleaner. They’ll be able to remove dead and problematic branches in order to promote healthy growth and maintain the overall health of your tree.

It might sound as though every tree pruning service would hire only the most certified and qualified individuals, but there are many companies that only give a rudimentary education to their employees before sending them out into the field.

As this is a labor-intensive job, at times one can expect that many people that are hired on don’t know nearly as much as they should when being sent out to do a bit of tree pruning. This is why you want to be cautious about who you hire and make certain that they employ certified arborists.

While the arborist might not do the actual cutting, they can guide and instruct those that will be handling the labor aspect of the job. Do your research on each company before making a decision since healthy trees often add more value to a home than butchered trees.

Tree pruning isn’t often considered a big deal when it comes to a home, but it’s more important than many people realize and can add value to your property in a big way. Listening to the experts when it comes to your landscaping needs is important since it’s about safety as well as the overall look of your home. 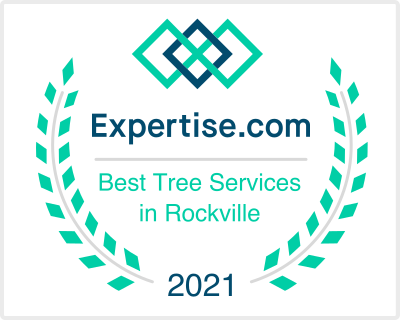